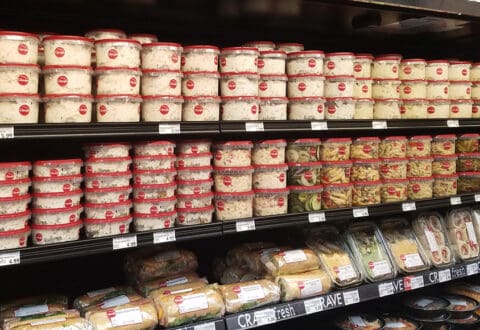 Ukrop’s iconic kitchen and bakery products are available throughout the Mid-Atlantic region in many major retailers.

If there’s ever something you can’t find, send us an email, or call us at 804-340-3000, and we will be happy to assist. Our full assortment can always be found at our retail location, Ukrop’s Market Hall or purchased online for pickup or delivery.

RICHMOND, VA. All 72 stores in the Richmond area carry a wide selection of Ukrop’s products. The 60 stores within the I-288/I-295 beltway carry a medium-large set featuring all Ukrop’s top-selling items. 12 select stores outside of the I-288/I-295 beltway carry the flagship assortment, ensuring our rural food fans can access our fresh, quality food.

OUTER BANKS, NC. All 6 Food Lions in the Outer Banks, from Corolla to Avon, carry the flagship selection of Ukrop’s items.

NATIONWIDE. White House Rolls can be found in all 1,000+ Food Lion locations across the Eastern Seaboard.

RICHMOND, VA. Ukrop’s flagship assortment can be found at all 18 Kroger stores in Richmond, VA, including all of our chilled prepared entreés, sides, deli salads, green salads, sandwiches and full line of baked goods.

MID-ATLANTIC. A limited set of Ukrop’s items can be found at all 160 stores in the Mid-Atlantic region, including our top-selling chilled prepared entreés, sides, deli salads, green salads, sandwiches and top-selling baked goods.

NATIONWIDE. Our famous White House Rolls can be found at Kroger stores in over 30 states, as far west as the Mississippi River.

CENTRAL, VA. A limited selection of our top-selling entreés, sides, deli salads and baked goods are available at Wegman’s in Short Pump, Midlothian, and in Fredricksburg. A limited number of bakery items are available in Charlottesville.

RICHMOND, VA. All 4 Fresh Markets in the Richmond, VA area carry Rainbow Cookies, White House Rolls and a limited selection of cornbread and pies produced by Ukrop’s under the Fresh Market brand.